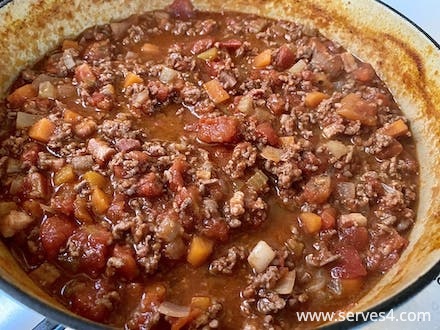 Bolognese Sauce derives from the Italian ragu alla bolognese, a meat-based sauce typical of the city of Bologna. Cooking methods generally involve finely chopped vegetables and minced meat simmered together at length to produce a rich sauce. Whilst you could certainly prepare a tasty Bolognese Sauce in as little as 30 minutes' simmering time, the longer you can leave it, up to 1 hour and 30 minutes, the more the flavours are able to develop, resulting in Bolognese perfection. (If you don't have hours to spend in the kitchen, check out my Instant Pot Bolognese Sauce recipe.)

Bolognese Sauce is one of those dishes that has developed universal appeal, as there is so much you can do with it. Not limited to accompanying pasta, Bolognese can be served over either rice or courgetti (courgette spaghetti), or used in lasagne or a pie. Such is the versatility of Bolognese Sauce that I always make up a double batch, so I have extra in the fridge or freezer to use for future meals.

Contrary to popular belief, spaghetti bolognese is not actually an Italian dish but one that was popularised outside of Italy. The Italian ragu, whilst also eaten with pasta, is traditionally served with tagliatelle. We favour our Bolognese over fusilli here, as the corkscrews hold the sauce nicely and are not quite so messy as slurping long pasta covered in sauce!

If I have time, I will quite often use the extra Bolognese sauce to make a lasagne later in the week. You could also use it in a cottage pie (or shepherd's pie, if you used lamb mince for your sauce).

Here's what you'll need to make this Bolognese Sauce:
(Click here to jump straight to the recipe)

And here's what you'll need to do: 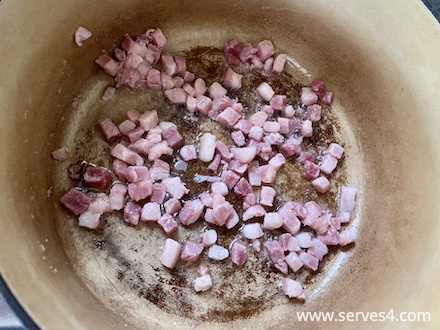 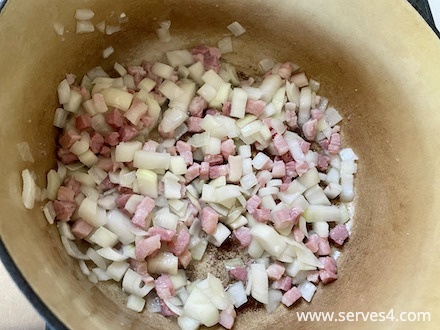 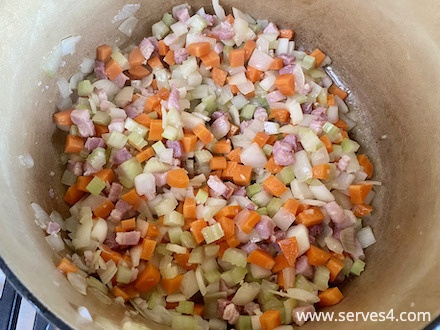 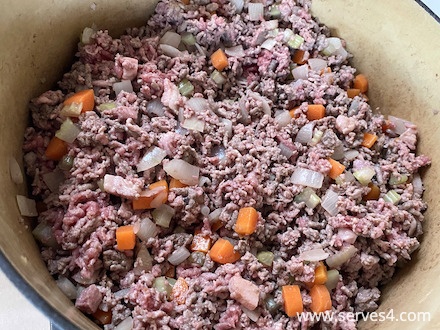 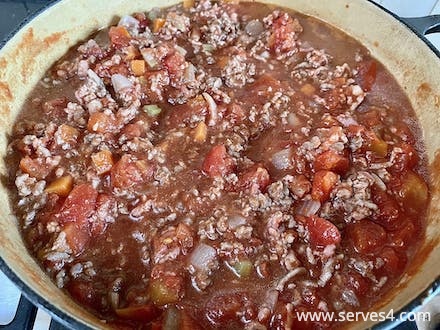 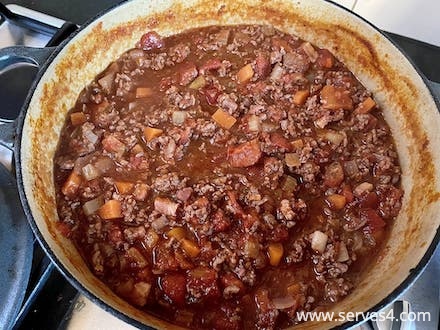 Wonderfully rich and satisfying, Bolognese Sauce is also extremely versatile and a must for every family cook's repertoire.

Back to the Top!